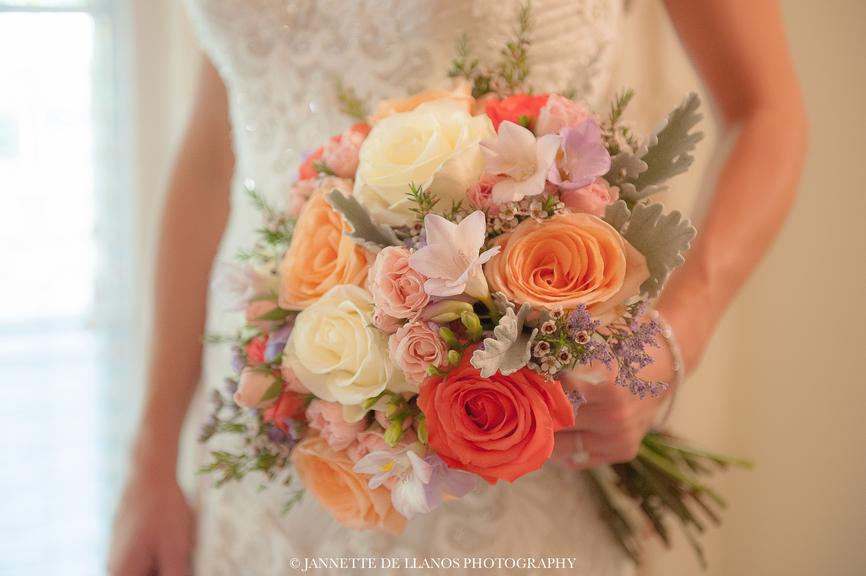 Ahhh the Bouquet. So beautiful, so detailed and compact. So much time is thought on the Flowers, the layout, the colors, design, the backing, the size, and the cost. They are a lovely accessory and if I didn’t know they had a history I would think that we would have created this idea anyway. Our nerves are probably jammed pack when walking down the aisle. Having a bouquet to hold while doing so keeps are hands nicely in place instead of flailing about nervously while passing our relatives as we approach our soon to be partner.

Now we have heard several stories on why a Bride carries a Flower Bouquet and the most popular one that we hear is that in the 1500’s that people would usually bathe once to twice a year and that May was the first bath and therefore June was a popular wedding month because it took roughly less than a month to plan a wedding back then (Woudn’t that be nice. The month to plan part, not the bathing).

Now we are not denying that this may be factual, but the tradition stems much farther back than this and yes, it still tails back to the Aroma.

The custom of having a bridal bouquet dates back to ancient times when woman would carry strong herbs and spices from reasons such as warding off evil spirits to creating lust and fertility.  Flower girls and brides maids would carry sheaves of wheat which symbolized growth.

​The most common bouquet that was held was the Dill Bouquet in which afterwards they would chop up the bouquet and use it for their feast which also symbolized fertility and growth. 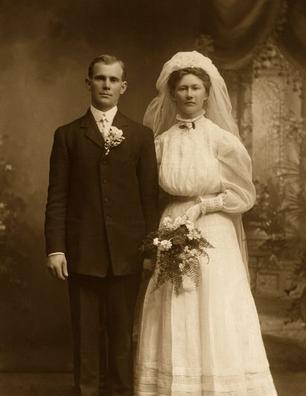 As Weddings became more symbolic the bouquet was not left behind. Flowers were starting to have purpose and their colors were given meaning as well. Even arrangements started coming into play as slightly opened blossoms signified tranquility and virginity. Colors like white were symbols of purity while Orange and Purple were signs of happiness and fertility.

The Bridal bouquet hasn’t slowed down and there isn’t any trend that looks like its going to do so anytime soon. While I find that most people are more concerned about their color scheme wanting to coordinate their bouquet. Brides do show some sentiment in their backing and design. Brides seem to be trending towards a seashell bridal bouquet, costing almost the same price, a Seashell Bouquet can be taken with you and will last forever.